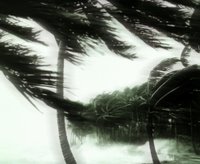 The Southernmost City did not show any Southern hospitality to wind insurance officials Monday night during a state-mandated public hearing on customer service.

About 50 Florida Keys residents came prepared to vent their frustration not only about Citizens Property Insurance Corp.'s customer service, but its rates.

As Deputy Executive Director Susanne Murphy tried to read through the corporation's vision, mission, values and strategies, the audience cut her off.

"I want you as consumers to see what we should become," she tried to continue. But the audience persisted, saying they wanted to speak. In a voice filled with sarcasm, she shot back: "I appreciate your hospitality and kindness."

U.S. Rep. Ileana Ros-Lehtinen, R-Miami, was the first to blast the quasi-state insurer of last resort as arrogant in its dealings with Monroe County policyholders.

That theme continued when Key Colony Beach Mayor Clyde Burnett said the insurer's staff appears to be very intelligent. "But they seem to feel protected by existing statutes [under which the corporation operates] and come off as aloof," he said. "There's a way to put your arm around somebody and say, 'We're here to help you,' rather than being cold."

Murphy apologized, trying to turn the meeting back to the intended subject.

"We are dictated by statute but that is not an excuse for poor customer service," Murphy said. "If we come across as arrogant, I apologize for all of us. I could work in many other places, but I chose to work here."

Heather Carruthers, one of the founding members of FIRM, the group that fought to get spiraling rates reduced in Monroe County, suggested that Citizens work for its policyholders by lobbying the state Legislature to undo some of the unintended consequences of an insurance overhaul bill passed this year.

"Be an advocate for us," she said, adding that "when customers are paying an exorbitant rate, rates are a customer service issue."

Murphy previously had shunned comments about rates, saying the meeting was to focus on customer service.

There was no ignoring the emotional testimony of some residents. One man, retired and on a fixed income, said he had to choose between health insurance and wind insurance — and would be going without wind insurance next year. And today, Steve Russ said, his home is being demolished because his insurance settlement was $58,000 short of the repair costs from Hurricane Wilma.

"In my mind, you pay for a product and customer service says you deliver a service," he said, fighting back tears. "But you nickel and dime customers and run them through the mill ... You have an obligation to deliver the service I paid for, but the house is gone tomorrow — too late for this sucker."

Tim Volpe, an attorney hired to help FIRM, stressed how frustrated policyholders have become. "You can hear the anguish in people's voices," he said.

He and others asked Citizens to provide billings that itemize customers' premiums, show the base rate, and explain whether they have credits that reduce their premiums.

"People want you to move as soon as possible and not simply rely on deadlines" to complete the requirements spelled out in the 2006 statute, Volpe said. Those item include an audit of Monroe County policies to assure policyholders are getting what they pay for.

"That's what people are talking about," he said. "From the perspective of people in the audience, they are upset about what they perceive to be arrogance. Get to it."

Those who could not attend the meeting but would like to submit comments can do so by logging on to www.citizensforabettercitizen.com, or e-mail specific problems to joe.bouthillier@citizensfla.com.