Homeownership - Is it still "The American Dream"? 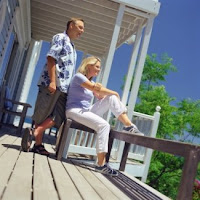 Yes, there are many people who are suffering because housing took a sharp downward turn. But what are the reasons behind the suffering?  Have they lost their job and can no longer afford their mortgage? Were they innocent victims of mortgage fraud?  Or did they simply over leverage themselves when they bought more than they knew they could afford in the first place?

The meaning behind the American Dream has changed dramatically over the last several years. In the past, it meant having a good job, owning a home, and providing for you and your family. It meant road trips cross country, usually in the family car, to visit relatives or discover new places.

Then the greed set in.

The American Dream soon came to mean luxury McMansions, exotic trips overseas, expensive imported sports cars and luxurious designer clothing (which was often imported as well).  In fact, there was very little "American" about the American Dream. It was no longer enough to merely keep up with the Jones' - to be successful, you had to surpass them in every conceivable arena.

Now that we are beginning to see housing figures stabilize (at least in some markets), perhaps it is time for a new American Dream. One that includes responsible, long-term homeownership. This will require buyers to know what they really can afford each month, a figure based on their current assets only and not based on "what if" scenarios.

There are ample opportunities today to own a first or second home. Interest rates are low and inventory is high.  There are a lot of good values to be found in the market. There's never been a better time to buy. The American Dream  - the new American Dream - can and does include owing your place in the sun.