From The Free Press - Fewer foreclosures not all that great 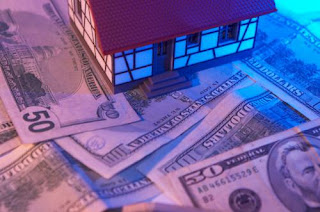 BY ROBERT SILK
Free Press Staff
rsilk@keysnews.com
MONROE COUNTY -- Echoing national trends, the Florida Keys saw a large drop in foreclosure filings during the first quarter of the year. But analysts don't believe the shift is a sign of an improving housing market.

Rather, the nationwide drop is largely the result of foreclosure delays implemented by banks last fall in response to allegations of forgery and other irregularities in paperwork processing.

"Weak demand, declining home prices and the lack of credit availability are weighing heavily on the market, which is still facing the dual threat of a looming shadow inventory of distressed properties and the probability that foreclosure activity will begin to increase again as lenders and servicers gradually work their way through the backlog of thousands of foreclosures that have been delayed due to improperly processed paperwork," RealtyTrac Chief Executive James Saccacio said in a prepared statement earlier this month.

Keys foreclosure filings were also off 15.5 percent in the first quarter of this year compared to October through December of last year.

In the fall, several major lenders halted or slowed foreclosure filings after it was uncovered that lenders were signing foreclosure-related documents without first reading and verifying the information -- a practice known as robo-signing. In states which require foreclosure actions to be heard in the courts, including Florida, the robo-signing scandal has also provided fodder to foreclosure defendants. As a result, even many cases that are underway are moving slower than they did in the past.

Ken Thomas, and independent bank analyst who lives on Windley Key, said that in this case the slowdown in foreclosure filings is actually a bad thing.

"At first glance you would say, 'Wow, that's good,'" Thomas said. "But in reality it is not good from an economic perspective because what we're trying to do is reach the bottom of this morass. If you are artificially going to hold up foreclosures or limit them in any way, you are going to slow down reaching the bottom."

However, Upper Keys Realtor Tracy Larson, an agent with Schwartz Property Sales, said the foreclosure slowdown could actually prove helpful to this area in the short run.

"Maybe it makes it look like the market is not as distressed as it really is," she said. "I think it is going to help stabilize the market."

Larson said she has noticed that banks, in lieu of foreclosure, have become a bit more willing to negotiate with sellers who are proposing short sales, where the lender accepts less than the amount owed on a home.

In the long run, however, she expects there are still difficult times ahead for the local real estate market.

"I really don't think we're going to hit a bottom and have gigantic increases," Larson said. "I think we'll hit a low, have a little stabilization, then hit a low. I think we're just going to bounce around the bottom for a while."