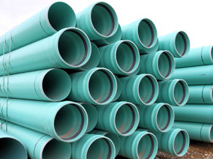 The Village of Islamorada is lagging behind Key Largo in it's attempts to comply with the state mandated installation of a central sewage system, and now there is a possibility that the city may even tell the state that it simply can't afford it.

The Village currently has 4 firms preparing quotes to design, build and finance a sewer system. If they come in too high, Mayor Michael Reckwerdt says the Village should insist on federal and state money to help pay for it or tell the state the project can't be done.

Reckwerdt declined to provide an exact amount that would be considered too much to meet the mandate because he did not want to discourage bidding.

The estimated cost of sewers and treatment plants for Islamorada has been as much as $150 million. Reckwerdt said that is too much to expect Islamorada residents to pay for without federal and state aid.

“We can’t bankrupt the town to respond to an unfunded mandate,” he said Tuesday.

The state requirement to replace septic systems and cesspits with advanced wastewater treatment is enforced by the Department of Community Affairs. The state says the entire Keys must be connected to centralized wastewater systems by 2015 to stop sewage coming from drain fields and cesspits from polluting surrounding waters.

To read a detailed story on this subject, visit KeysNet.com