Interesting Article from The Florida Assocation of Realtors 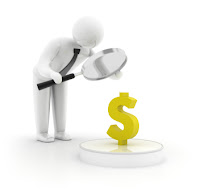 Low-ball offers don’t work anymore
WASHINGTON – April 23, 2012 – When the number of home sellers grossly outpaces the number of buyers, no offer can be ignored, even if it’s 25 percent or more off the asking price. But in today’s rebounding market, those low-ball offers don’t often work. Many times, the potential buyer finds that they don’t get a counter-offer. And, in many cases, another more realistic buyer gets the home.

A low-ball offer – generally 25 or more off the asking price – allows buyers to see if they can land a great deal, even if they’re willing to pay more. In a survey last year conducted by the National Association of Realtors® (NAR), one in 10 respondents cited low-ball offers as a concern. According to real estate columnist Kenneth Harney, a NAR survey conducted in March and not yet released found that almost no one complained about low offers.

When the number of listings outpaced the number of buyers, many potential homeowners submitted a shockingly low offer on the theory that they had nothing to lose. If the seller balked, most would still counter with something below their asking price. Today, however, offers close to the asking price – or even beating it – will probably come in fairly quickly from someone else if a home is priced correctly in the first place.

Even buyers who still want to low-ball an offer on a home many times switch tactics after they lose a property or two to a more aggressive buyer.

Florida Realtor Marnie Matarese works with J Wood Realty in Sarasota. She told Harney that fewer buyers want to low-ball an offer in her area, but they still come in – mainly from out-of-state or out-of-the-country people who have read about the state’s foreclosures and short sales. That news, however, is old – it has not kept up with reality in many areas.

Matarese says some people still insist on making a low-ball offer, but that she doesn’t mind. “You can’t blame a buyer for trying to get a good deal,” she says.

In some cases, a seller isn’t offended by a low-ball offer, but their counter-offer shaves only a little bit off their original asking price. An Olympia, Wash., real estate agent had a $150,000 offer for a $250,000 listing, according to Harney. But after the dust settled and the seller shook off his irritation, he and the buyer agreed to $230,000.

Harney closed his column with this advice: “Rolling low-balls at sellers may have been an effective approach between 2008 and early 2011. But in 2012’s environment – at least in rebounding markets – it could be counterproductive if you truly want to buy.”